Posted on August 8, 2020 by Walking the Journey 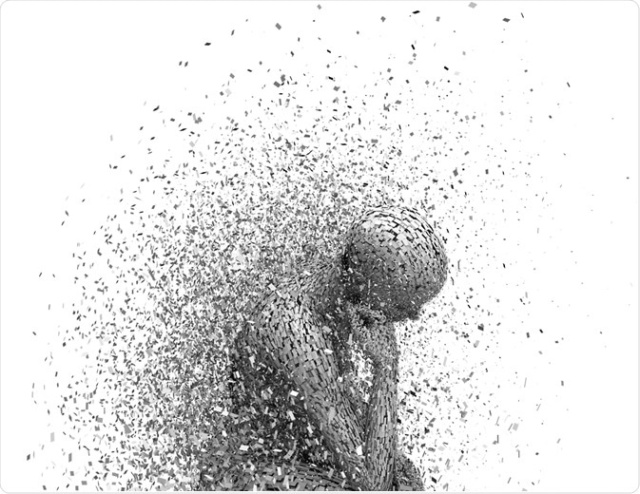 I’m down with some poison ivy.

I don’t get it like a ‘normal person’. I get a small amount of the oil on me and I’m a blistered miserable mess for WEEKS. It’s painful, its itchy and makes me insane. It’s hard to move when I have it this bad.

So I’m sitting in the air conditioning just vegging out in front of the TV. I flipped by OWN and saw a Dr. Phil marathon happening. I’ll be honest, I’m not a big Phil fan. But I was weirdly hoping to see an episode of couples dealing with infidelity. It’s a thing with me. I don’t avoid movies and shows highlighting cheating, instead I crave them.

I’m not sure why.

Anyway, so it’s not infidelity that’s on, its child molestation. 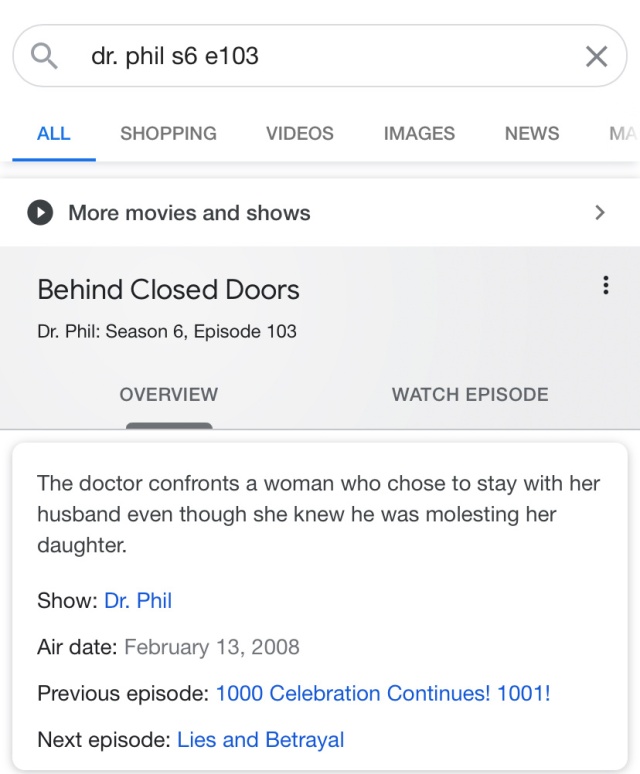 Being the pain shopper I seem to be, I decided to watch. What will the old doc say and advise in this situation? I’m curious for my own story.

IT WAS A WRECK. I can’t even with this show.

Mom has no remorse. Mom walked IN ON HER HUSBAND MOLESTING HER 9 YEAR OLD DAUGHTER.

mom straight up admitted she BLAMED HER DAUGHTER. Then poor mom said she had a breakdown and decided to stay with her child molesting husband, her daughters step father, for another 9 years.

Of which he continues to molest his step daughter.

I told my mother what her nasty ass trucker foul smelling boyfriend did. My mother blamed me. She said I caused it. She said I was jealous of her and wanted to take what was hers from her.

Within 2 months she shipped me from Maryland to Florida to live with my father, because “she can no longer handle me.”

He shipped me back to her 1 month later because in that time I tried to commit suicide and he also could “no longer handle me.”

No one knew. Just my mom. She was the one I told, she didn’t believe me and if it did happen according to her, it’s because I wanted it.

How can you trust to tell anyone else on the planet when your own mother doesn’t believe you?

I have no words. I know I want to find the daughter that was on dr. Phil and hug her. I can’t imagine her life.

Her mother could not understand this at all.

I feel the same. I think forgiveness is a huge word. A lot comes with that word. I do not know if I forgive the trucker, but I do know when I look at the situation now, my emotions could be described as anger and hurt towards her. Not him, him I feel disgust.

She sent me with him that day. Then when he did what he did, she blamed me.

Who are you to trust in this world of not your parents? They are supposed to keep you safe.

Oh… what an emotional ride that episode was! Damn!

That mother was a piece of shit. Then the “doctor” interviewed the child molesting pile of worthless skin!!! How can you interview him?!! Someone needs to press charges. He straight up admitted he started molesting her when she was 4.

You know those people that just recently rolled off earth on that Elon Musk rocket? They really had the right idea. Get the fuck off this planet.

I can’t stop thinking about the daughter. From 4 to 18!!!! I can’t imagine her pain. How can she function in this world? She has her own children now. I hope she got help.

The first person, since my mother, that I told what happened to me was our marriage counselor. We had individual therapy with her before we started seeing her together.

At this time, I knew something was wrong with me. My reactions to his cheating were not healthy. Truly for the first time since the rape, it came back. We are talking 33 years at that point. 33 years of tucking it away and thinking I handled it just fine. But after dday, it came back. I couldn’t stop thinking about it. I was cutting again. I was not handling life. She did not diagnose me with ptsd, the next therapist did.

She said, “By law, if you tell me his name, I have to report it.” She takes a deep breath here, “Do you want to tell me? Because what if he has done it to others, or is even still doing it now”

That shook me. I stared at her. I don’t know why that very appropriate thought had never ever crossed my mind. Not once. Not once in all those years did I think of that.

I flashed to when I was 13. I told my mom. She blamed me. I told no one else until sitting in her office. I imagined at my age, after all those years, talking to cops, telling the story.

In that state of mind, within minutes of telling the first person in over 30 years and her putting that on me? The flight response was strong, I looked to the door and wanted to run.

I regretted telling her. I felt horrible that he may have, and probably did, do this to others over the years.

I don’t know. I needed a minute to think. I shook my head and said “no. I don’t want to tell you his name.”

I feel bad to this day.

The reality is, I thought I handled it well all of those years. But I wasn’t. His actions that day put me on a path that I probably would have been on. I never said no. It was my way of making sure the choice was never taken from me. If I said yes, then it was my choice, right?

My next counselor was my emdr therapist. When her and I discussed smelly trucker, she never asked me his name. She laid nothing on me. She was and still is the only person that looked angry at my mother. She gave an angry head shake at one point and growled out “Your mom sent you with him! She wasn’t there to support you in anyway shape or form when you told her what he did! That’s traumatic”

Anyway… that show set me off. I’m just ranting at this point. Angry. Angry at that dumb ass show and I hope something was done about that foul human being, that stepdad.

I have a daughter. I have sons. I do admit I’m a little over protective of my daughter. I was hyper aware of who my sons were around when they were younger.

I try to be aware. I need them to know life’s dangers and know they can tell me anything.

They do not know my story. But I need them to know how much I will always be in their corner and I though I try not to project my own life onto them, I know what can happen.

I’m a mess. That was a stupid show.

About Walking the Journey

I'm a wife of 22+ years, a mother of three, a sister, a friend. This is my journey on healing after an affair. I'm full of sarcasm, humor and truth. Sharing the journey after my husbands affair, I'm hoping to rid myself of the demons and get a ticket out of crazy town that I'm living in.
View all posts by Walking the Journey →
This entry was posted in triggers and tagged child molester, dr. Phil, emdr, infidelity, rape. Bookmark the permalink.